KARACHI: When Leondardo da Vinci had qualified as a master in the guild of artists and doctors of medicine at age 20, his father had set up a workshop for him. But such was his attachment to Verrochio’s workshop that he continued to hone his craft there.

Guitarist Aamir Zaki passes away at 49

Not many people knew about how the late virtuoso Aamir Zaki had been crafting his own guitars for several years, which he continued to use during his live performances and studio sessions, despite multiple offers from various guitar manufacturers. Veterans often recall finding Zaki surrounded by carpentry tools and saw dust in his living space.

Keeping in mind the nation’s love for cricket and music, the virtuoso crafted an electronic guitar in the shape of a bat, back in 2015.

Speaking to The Express Tribune, Zaki had revealed that the bat had been made out of fibre glass and wood. “Making a guitar is nothing new for me. I can’t explain how I got the idea but I decided to go ahead with it anyway,” said Zaki.

My last conversation with Aamir Zaki

Interestingly, according to the Mera Pyar-singer, “The playing area [base] of the bat-guitar is empty, so you can actually play both cricket and music with the instrument.” 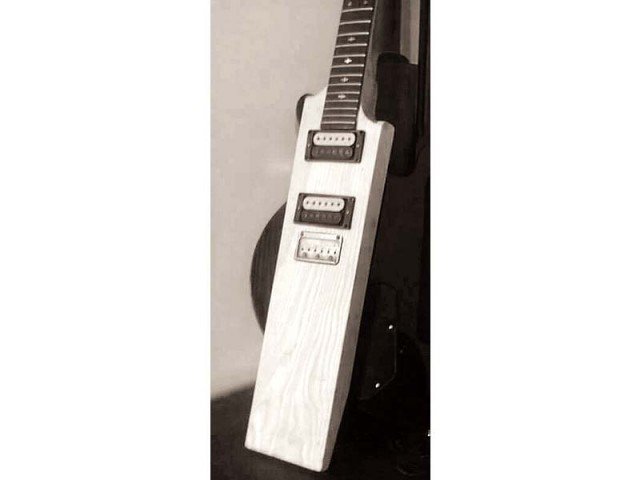 The musical instrument-cum-sporting equipment was an electric guitar, shaped like a traditional cricket bat with the handle being replaced by a guitar neck. Zaki revealed that the guitar will be like any other electric guitar featuring the traditional plug and play option.

On whether he would put his latest creation up for sale, he replied, “It will be up for sale but for selected buyers only. But before that, I’ll play a few live gigs on the same guitar.”

One of Pakistan’s top guitar virtuosos, Aamir Zaki, died due to heart failure on Friday, his family and friends confirmed. He was 49.

Bringing back the Zak attack

According to brother Shahid Zaki, he had been suffering from prolonged illness for quite some time. While he was laid to rest on Saturday morning in the Steel Town graveyard it is yet to be seen who is going to inherit all of his prized possessions.

The artisan that he was, Zaki had literally manufactured and carved out a number of guitar variations with the Bat guitar being just one he opened up about. He had also made a variation of what he called the Eastern Classical Guitar comprising nylon strings among many others.

Here’s hoping that someone from the fraternity starts a drive to archive his unreleased work and possessions before it’s too late.

Have something to add to the story? Share it in the comments below