Gale Gariepy is still processing two incredible pieces of good news after more than a year of pain.

Her six-year-old son Mason was told Friday he was cancer-free after struggling with acute myeloid leukemia since his diagnosis last August.

Later that day Garth Brooks stopped his Calgary concert to wish the family well and give them a signed guitar.

“I don’t want to look at the jumbotron, I really want to take in the whole moment, but not very many people get this one-on-one.”

A friend made a cardboard sign, explaining Mason was cancer-free, while the concert was getting underway. That same friend caught the whole interaction on video.

Gariepy said a shout-out or even a T-shirt would have been fantastic.

“Just even the acknowledgement was amazing, then my expectations were just absolutely blown away when he flipped that guitar around. Everybody around me was patting me on the back, yelling Mason’s name,” she said. 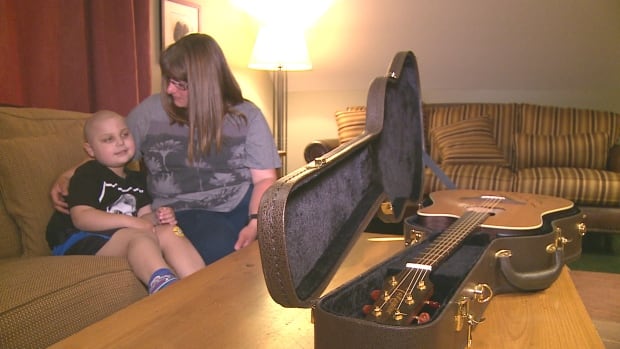 Mason Gariepy got a signed guitar from Garth Brooks in Calgary on Friday. On the same day, he was told he was cancer free. (Terri Trembath/CBC)

The family, from Prince Albert, Sask., are well-known to the Ronald McDonald House because some of Mason’s treatment, including a stem cell transplant, had to be performed in Calgary.

“He has had two EVDs [external ventricular drains] to relieve the pressure [on his brain]. He has had two intracranial surgeries and Calgary neurosurgery wanted to have him here if they had to look after him post-op after the transplant,” Gariepy explained.

Mason got that transplant in May, and while it hasn’t been smooth sailing ever since, he got the all-clear on Friday.

But Gariepy says it’s not the end of the story.

“To be honest with you, it will never be over,” she said. “There will be constant visits to our cancer clinic in Saskatoon, lots of blood work and just staying on top of things.”

The video of Brooks chatting with Gariepy at the concert is getting lots of attention after Ronald McDonald House posted it to their Facebook page.

“This is probably the most engagement we have ever had on a post,” spokesperson Michelle Caplan told CBC News. At the time of publication, the video had been viewed on Facebook 140,000 times.

Caplan says stories like this can put a smile on the faces of families fighting cancer.

“It really gives them hope. It’s beyond illness, it’s beyond having a hard time or a hard day and you see that humanity is good and people are good. They are people out there that care. They might not know you, but they care,” she said.

Mason, a young man efficient with his words, was excited to see the guitar case Saturday morning. 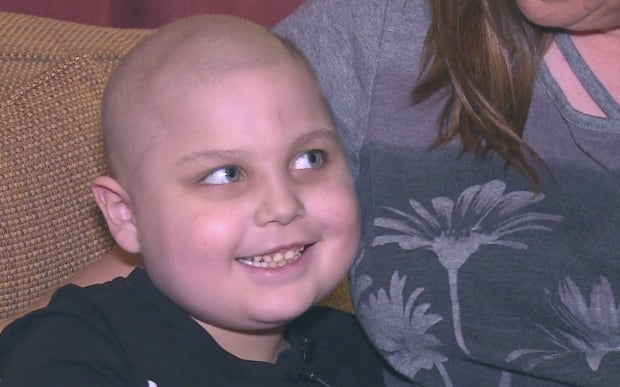 Six-year-old Mason Gariepy was told he was cancer free, about a year after his diagnosis. (Terri Trembath/CBC)

His mom, however, says she hopes to look back years from now and explain the significance of Garth Brooks stopping a concert to offer kind words to her and her cancer-free son.

“I don’t thing Mason completely understands the guitar, but I guarantee you, he will,” Gariepy said.

“I couldn’t even have dreamed of a better way to end this chapter.” 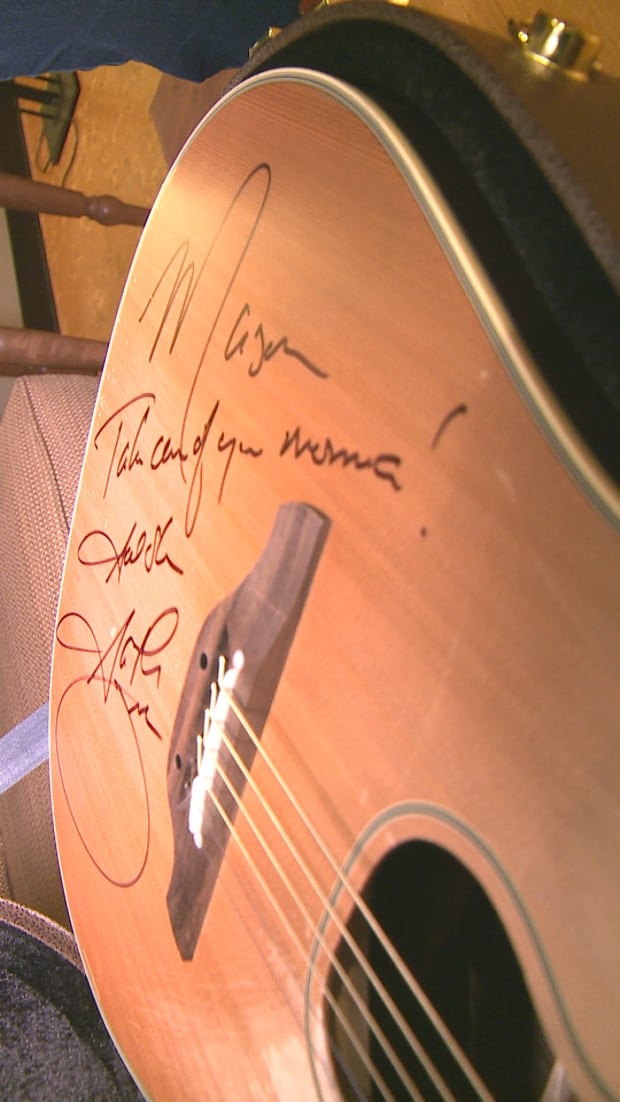