The sequel to the 2015 film of the same name, Creed II is the eight instalment in the Rocky film series.

Thirty-three years later, against the wishes of trainer Rocky Balboa (Sylvester Stallone), Apollo’s son Adonis Johnson (Michael P. Jordan) accepts a challenge from Drago’s son ­ (Florian Munteanu). Under guidance from Rocky, Adonis trains for the showdown of his life ­­ ‒ a date with destiny that soon becomes his obsession.

The film was well received by critics. Michael Ordona of Common Sense Media wrote: “Despite some plot predictability and a little clunky dialogue, this film ably follows up Ryan Coogler’s fine Creed with strong performances and emotional depth.”

Sandy Schaefer of Screen Rant commented: “Creed II is a meaningful and poignant continuation of the Creed/Rocky films, even though it doesn’t scale the same artistic heights as its precursor.”

Ann Hornaday of the Washington Post was on the same wavelength: “Creed II is a respectable if not revelatory sequel to the sequel, even if it lacks its predecessors’ grace and narrative texture.”

And the critics’ consensus on Rotten Tomatoes reads: “Creed II’s adherence to franchise formula adds up to a sequel with few true surprises, but its time-tested generational themes still pack a solid punch.”

The film, made on a $50 million budget,  has grossed $92 million worldwide in box office receipts since its release in the US on November 21.

Rose Byrne meets the rocker of her dreams, Ethan Hawke, in Juliet, Naked..

Jesse Peretz, the director of Our Idiot Brother and Girls, directs this romantic comedy based on a novel of the same name by Nick Hornby.

When the acoustic demo of Tucker’s hit record from 25 years ago surfaces, its release leads to a life-changing encounter with the elusive rocker himself.

The film, which premiered at the Sundance Film Festival in January and had very limited release so far, garnered good reviews.

Simon Braund of Empire was quite impressed. He wrote: “A sharp-witted, amusing, often genuinely moving romantic comedy. With an indie-rock heart and outstanding performances from Byrne and Hawke, this is comfort food of a superior order.”

Owen Gleiberman of Variety  was also pleased with the film. He noted: “All very cute, right? But just when you’re thinking that Juliet, Naked is going to turn into the indie-hipster You’ve Got Mail, it shifts into a more elevated gear.” 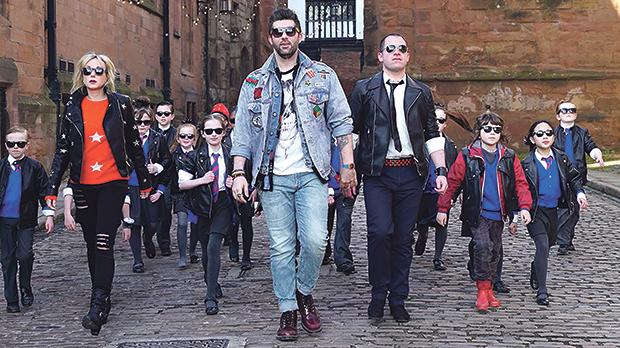 It’s time for some musical fun in Nativity Rocks!

The British comedy is the fourth instalment in the Nativity film series, which started in 2009.

Written and directed once again by Debbie Islitt, this musical sees the staff and students from St Bernadette’s Primary School in Coventry audition for a place in a rock musical competition.

The film has not received particularly positive reviews.

Robbie Collin of the Daily Telegraph (UK) said: “Here is a festive poke in the eye for everyone who doubted the Nativity franchise had a fourth instalment in it, not least those of us who have yet to be persuaded it even had one.”

Tara Brady of the Irish Times said the film is “marginally more tolerable than the last one”, while Jo Berry of Movies4Kids commented: “This is aimed at seven to nine-year-old kids who like middle of the road rock music and poo jokes, and brings bad tidings for anyone in the cinema who falls outside that demographic.”