“Somebody was telling me [Iron Maiden bassist] Steve Harris hates [the ‘Invaders’ track off 1982’s ‘The Number of the Beast’].

“But I get it, because there’s a handful of songs in our history that I’m like, ‘Goddamn, I hate that song.’

“Like, I fucking despise ‘Desire’ and I hate ‘Cleanse the Soul.’

“But when ‘Invaders’ came up, I’m like, ‘Wow, I like ‘Invaders.” And then I tried to start thinking about why he would hate it. It just sucks, I don’t get it.

“But he’s close to it, like I’m close to my songs, so there you go. You’re more than welcome to your opinion, Steve. You wrote it.”

“Desire” was released on Slayer’s 1998 record “Diabolus in Musica,” which Kerry clearly singled out as his least favorite record in the band’s catalog on several occasions.

It features music by late Jeff Hanneman and lyrics by Tom Araya. 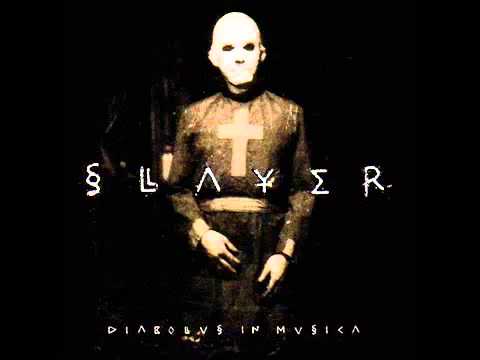 Kerry previously said about the track:

“That’s one of the black marks in our history, in my book. I just fucking think it’s horrible. [Laughs]

“I can’t see myself playing it, but after that, where it gets heavier, I like that section. If we ever did a medley, I’d put part of that in there.”