From the August 2017 issue of Acoustic Guitar | BY PETE MADSEN

Known professionally as “Bukka” White, Booker T. Washington White played guitar like he was driving a train: his powerful alternating-bass grooves emulated the chug-chug of a puffing steam engine while his mournful slide produced the whines and whistles associated with the fading sound of a vanishing locomotive.

Born in Houston, Mississippi, White got his first guitar at age nine, a present from his railroad-working father. His first recordings appeared in 1930, under the name “Bukka” (though White preferred his given name); they combined country blues with gospel songs done in the style of Texas bluesman Blind Willie Johnson. In the 1940s, while serving time for assault at the infamous Parchman Farm Penitentiary, White was recorded by the folklorist John Lomax. Some of these recordings, including “Parchman Farm Blues,” appeared on Harry Smith’s influential folk-and-blues compilation Anthology of American Folk Music, Vol. 4.

In the 1960s, guitarist John Fahey wanted to track down White and sent a letter addressed to “Bukka White (Old Blues Singer), Aberdeen, Mississippi c/o General Delivery,” hoping that the blues guitarist still lived in the town he had mentioned in “Aberdeen Mississippi Blues.” The letter was forwarded to Memphis, Tennessee, where White was working in a tank factory. Fahey and White became friends. In 1964, White recorded the album Mississippi Blues for Fahey’s Takoma label. The album introduced White to the folk-revival that was sweeping American college campuses.

In this lesson, you’ll explore White’s playing in open-G and open-D minor (sometimes referred to as “cross note” tuning). Keep in mind that White used a thumbpick and fingerpick on his index finger, his tempos were fairly quick (160–190 b.p.m.), and that he was often brushing two or more strings with his thumb, producing a driving rhythm. Throughout the lesson, take it slow at first and work up the tempos as you feel more confident.

There are many versions of “Fixin’.” Ex. 1 on page 38 is from a 1963 recording on which the tuning is dropped down a step-and-a-half to E and the tempo hovers around 190 bpm You’ll notice that White could combine alternating-bass and monotonic-bass in the same performance. Ex. 1 alternates the bass, travels back and forth between E and G in the treble and is a repeating pattern that sets up the groove. Play the figure with an open sound, strumming the strings with your thumb and index finger.

Ex. 2 uses a monotonic bass and is more subdued with the palm muting the strings. Allow the fleshy part of your picking-hand palm, closest to your pinky, to rest lightly on the bass strings. The 1963 version of “Fixin’” moves back and forth between these two grooves—these examples are a great place to start because they aren’t too hard to play and you should be able to get the tempos up pretty fast.

In an earlier version of “Fixin’” White would play a short descending run punctuated by a slide note, like in Ex. 3. White used a metal slide on his pinky. His slide notes often occurred in flourishes—I believe the use of a thinner metal slide was important to his sound since it was easier to maneuver quickly and was less bulky than a thick glass slide. Make sure to slide right up to the fretwire at the fifth fret to get the proper intonation.

In Ex. 4, play full chords by placing the slide across five of the six strings. Many of White’s songs were single-chord grooves, but “Po Boy” uses the slide at the fifth and seventh frets to play the IV (C) and V (D) chords, respectively. (Videos show that White performed this piece lap-style, using a nail for a slide, but you can play this example with the guitar in “Spanish” style.) Start out with the G chord at the 12th fret and then play a cool lick that is useful whether you’re playing solo or accompanying another player. The lick descends from the 15th to the 12th fret and then on to the tenth fret before moving to the C chord at the fifth fret. If you think of the 12th fret as home base for your G chord, you can move three frets up (to the 15th fret) or two frets down (to the tenth fret) for myriad licks that can be played on one or more strings. The same lick can be used to work your way down to the V chord (D) as shown.

Unlike blues great Skip James, White didn’t focus on the minor aspects of open-D minor tuning. Rather, he used the minor third, F, as a slur to hammer-on into the major third (F#), so that his playing in this tuning had more the flair of a major tuning.

Exs. 5 and 6, inspired by “Jitterbug Swing” and “Aberdeen Mississippi Blues,” show you how White rhythmically approached open-D minor. Both examples use an alternating-bass pattern. White often hammered from F to F#, with the latter note always landing on the downbeat, like in Ex. 5. This hammer-on, from the minor third to the major third, creates a D major chord. As seen in Ex. 6, White sometimes started with the FG already fretted, but hammered on later, in the third bar of this figure.

Inspired by “Sic ’Em Dogs,” first recorded as an inmate in the 1930s and his first known slide recording, Ex. 7 has a slightly different bass pattern, which doesn’t always alternate from string to string, but is hits steadily on the beat. Ex. 8 highlights one of the flashier aspects of White’s playing. He used this percussive expression on his recording of “Aberdeen Mississippi Blues” and it involves alternately tapping the guitar’s neck and body while simultaneously hammering-on the fifth string at the second fret.

Ex. 9, which is patterned after “Jitterbug Swing,” uses the bottleneck to create a call-and-response phrase over an alternating-bass pattern. Play this phrase with your slide held low, touching just the first string and slightly angled outward from the fretboard to avoid touching other strings.

It can be tricky to play slide in open-D minor, since you will want to avoid the third string. Use a finger—I prefer my first—to dampen the strings behind the slide. If you have good finger independence you can cover three strings or more with the dampening finger, while keeping contact with the slide on just the first string.

White would often make large leaps on the fretboard with the slide. Ex. 10, which takes its cue from “Aberdeen,” starts out at the 12th fret, and then quickly moves to the fourth fret for a descending run. Play this slowly until you get the hang of this move, and try to avoid banging your slide into the fretboard, as I often did in trying to perfect it.

Ex. 11 is a short piece of mine called “June Bug Swing,” which employs all the previously discussed examples and borrows several of White’s open-D minor ideas. The opening four-bar sequence sets up the groove with an
alternating-bass and hammer-on from the minor to the major third. That’s followed by the tapping idea from “Aberdeen Mississippi Blues,” but harmonized with the third string.

In bar 7, bring in the slide and play a phrase similar to “Jitterbug Swing,” adding a major sixth to the tonality to fill in a portion of the D Mixolydian mode (D E F# G A B C). In bar 11, shoot up to the 12th fret with the slide to produce a quick double stop, adding some urgency to the sound. Finish things off with a return to the original groove. Once you get all the moves down, try playing this example at a brisk temp: 175 bpm or faster.

Working through Booker White’s music is like a trip through groove land. It’s especially gratifying if you lean towards fast, chugging tempos. If you’re comfortable with playing an alternating-bass in an open tuning, you can borrow many great ideas from this inspiring player. Try creating a groove or two from the above examples—you can embellish them with slide notes on other strings, or navigate to other parts of the neck.

Let your blues muse free and get busy! 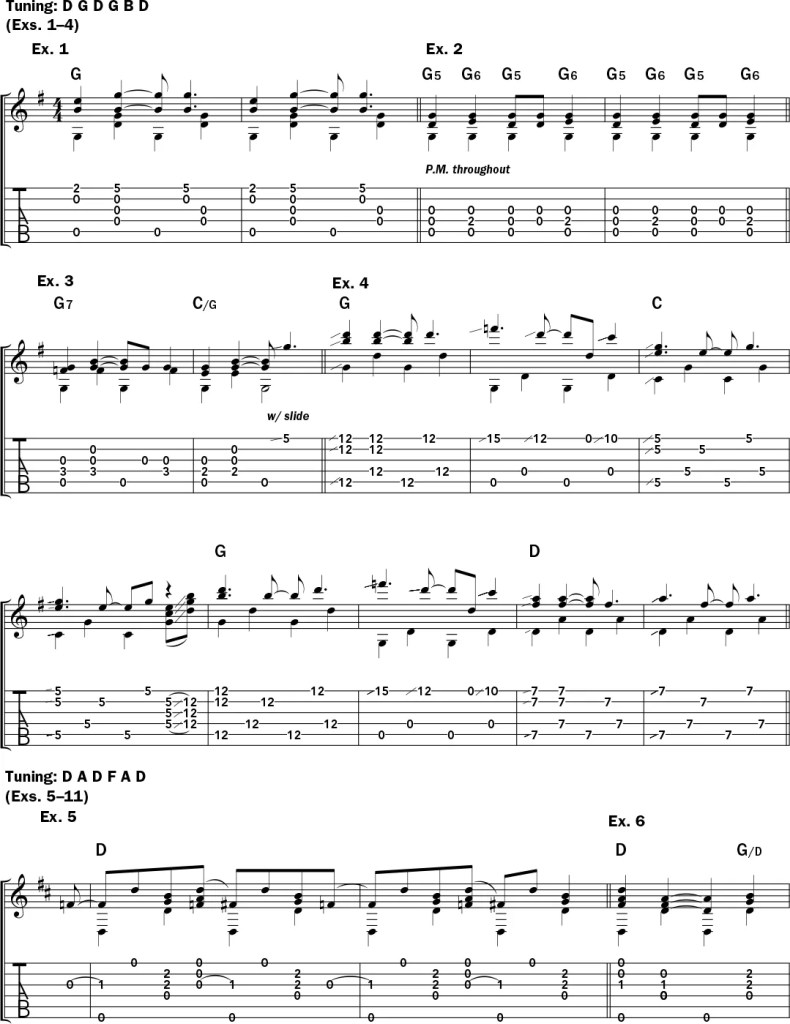 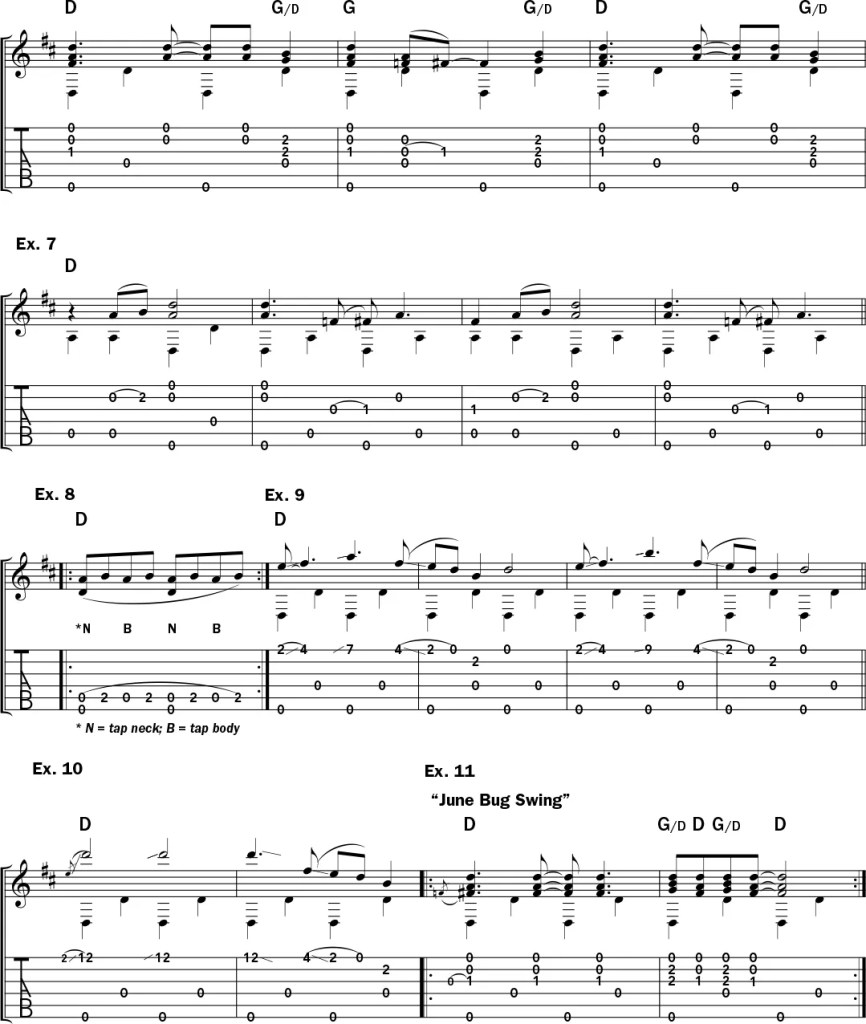 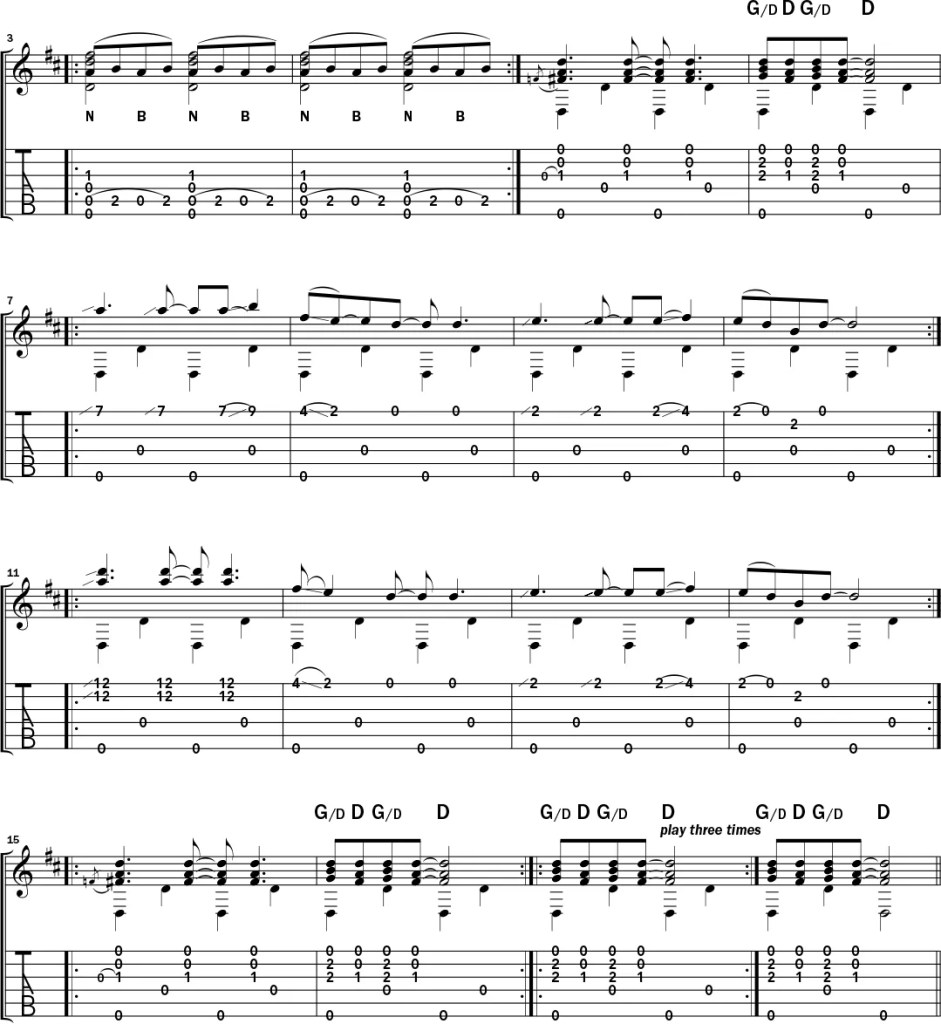 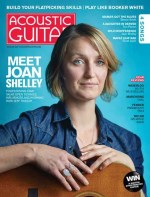 This article originally appeared in the August 2017 issue of Acoustic Guitar magazine.