A Bob Dylan bootleg is far from the rare sight that it once was. Long ago Dylan bootlegs were obtained illicitly by fans and shared among them, the variable quality of both content and sound being part of the secret pleasure.

Now the bootlegs are official, which sounds like a contradiction in terms, but does at least ensure a high standard of recording and fascinating choice of tracks, authorised by the man himself. This is certainly the case with the latest, staggeringly Volume 13 of the bootleg bonanza. And this collection, of outtakes, rehearsals and tracks that Dylan felt, often bizarrely, not quite right for the latest album, covers perhaps the most curious and least explored period of his life.

During those years, 1979-1981, the king of the counter-culture became a born-again Christian, and his output reflected this. I wouldn’t use the phrase ‘he found God’. For he already had God. He had been brought up in a Jewish household in the American mid-west, underwent the religious ritual of a bar mitzvah when he was 13,and went to Jewish summer camps. But he not only kept his faith hidden in his professional life, he more than anyone seemed to epitomise the sixties culture that eschewed religion almost completely. Indeed Johnny Cash, actually a friend and collaborator, once told me that as a Christian himself he had problems with Dylan because of his lifestyle which he deemed irreligious and ungodly.

But then in 1979 Bob Dylan confounded not just his critics and peers, but more importantly his legion of admirers, by embracing Jesus.

Dylan’s latest bootleg release, ‘Trouble No More’, covers 1979 to 1981, when he had converted to Christianity, which is reflected in the musical output

As has always been the case with Dylan, he didn’t broadcast the news, or any news, except on record. And it was on record that his bewildered fans learnt of it. The 1979 album Slow Train Coming (and there are a number of intriguing versions of the track on Trouble No More) contained explicit references to Dylan’s new-found Christianity. It was later placed at number 16 in a list of the ‘100 greatest albums in Christian music’.  Song titles such as “I believe In you”, “Gonna change my way of thinking” and “When he returns” tell you all you need to know.

Ian Bell, in his excellent biography, The Lives of Bob Dylan recounts that though there had been some religious and Biblical imagery in Dylan’s lyrics of the sixties and early and mid-seventies, it was in 1978 that the artist found God. And it was in a Tucson hotel room. Certainly Dylan has gone on record saying that late in 1978 he sensed “a presence in the room that couldn’t have been anybody but Jesus”, and even felt a hand placed upon him. “Jesus put his hand on me,” he went on, “It was a physical thing. I felt it. I felt it all over me. I felt my whole body tremble. The glory of the Lord knocked me down and picked me up.” 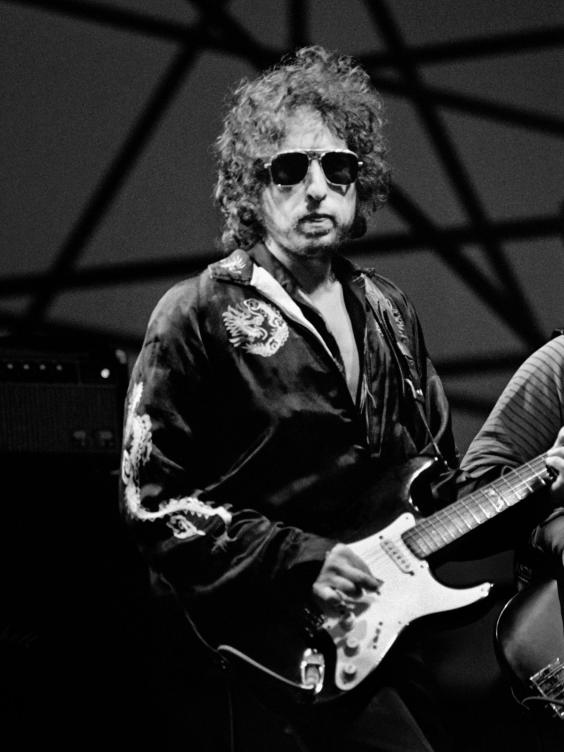 Dylan remains the most surprising convert to evangelical Christianity, because of his persona as a counter-cultural (AFB/Getty)

Born again, he underwent a three-month course of Christian study and was reportedly baptised, though proof is scant. His song-writing and his concert performances reflected his new faith. Fans and critics were unimpressed. The opening night of a Dylan tour in San Francisco in November 1979 received a memorably scathing review in the San Francisco Chronicle, with the critic writing: “Dylan has written some of the most banal, uninspired and inventionless songs of his career for his Jesus phase.” The headline was: “Bob Dylan’s God-Awful Gospel.”

But for those of us who see Dylan in concert today and are lucky to hear him speak a single word, the gigs around this period at least saw the singer speaking to his audience. Except that he didn’t so much speak as preach. At one concert, the man who now struggles to say Hell or Goodnight or Thank-you on stage, told a stunned audience: “”You know we’re living in the end times … The scriptures say, ‘In the last days, perilous times shall be at hand. Men shall become lovers of their own selves. Blasphemous, heavy and highminded.’ … Take a look at the Middle East. We’re heading for a war … I told you “The Times They Are A-Changin'” and they did. I said the answer was “Blowin’ in the Wind” and it was. I’m telling you now Jesus is coming back, and He is! And there is no other way of salvation … Jesus is coming back to set up His kingdom in Jerusalem for a thousand years.” 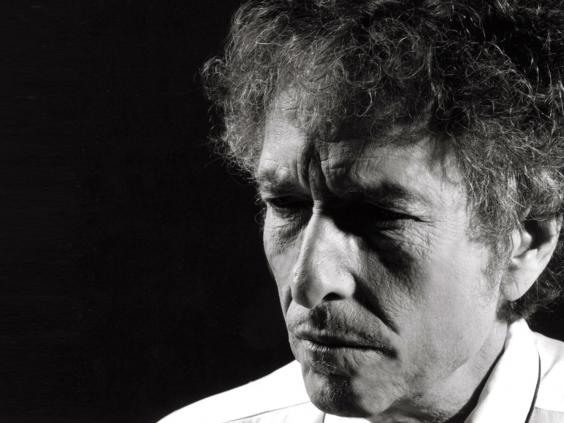 Slow Train Coming was at least a challenging and engaging album, with much typical imagery and complexity. A stunning gospel version of the title track features in the current hit play Girl from the North Country at the Old Vic theatre. The follow-up album, though, 1980’s Saved was too close to pure gospel, too devotional,  and alienated even more fans. Shot of Love in 1981 continued the religious theme to a degree, but it was intermingled with what one might term secular tracks, and there was evidence that Dylan was once again changing course.

He was not, of course, alone in mixing rock music, rebellion and Christianity. U2 always managed to be in the forefront of fashion and youth culture while making no secret of a deeply held faith. Many of the songs from Kings of Leon deal with redemption, perhaps no surprise as they are the sons of a United Pentecostal church preacher. Lenny Kravitz has a cross tattoo on his back and pledged to be celibate for years; and, among many others, there is, was, and always will be Cliff Richard.

But Bob Dylan remains the most surprising convert to evangelical Christianity, because of his persona as a counter-cultural icon. In the context of his whole career, his born-again period was short, and if the musical output was uneven, the new eight-CD bootleg box set, with 14 previously unreleased tracks, is still keenly anticipated. It will show how some of these songs evolved, and give a musical portrait of an artist during a time his fans still have difficulty coming to terms with. It may even lead to a revaluation of the music. The fact that Dylan wants this bootleg out there clearly means that he still feels that what he was singing, and the way he sung it, were worthwhile and deserve a second chance.