THE DRIVER’S SEAT — Hip hop has done crossovers with classical concertos, country music and rock music. It’s about time there was a hip hop and opera crossover.

At first, it seemed fitting to dub this video our first foray into the hip hopera genre of music. I’d like to say I came up with hip hopera, but after I thought of it, I looked at the comments on the video and saw that everyone thought of it as well, so my creativity isn’t quite what I thought it was. Also, there’s a Wikipedia article dedicated to the genre, and in 2001, Beyonce starred in “Carmen: A Hip Hopera,” a made-for-TV movie. But still.

Either way, I am all in.

YouTuber Babatunde Akinboboye posted this video titled, “What opera sounds like in my head.” The video features Akinboboye singing an impressive rendition of Mozart’s “Figaro” to a hip hop beat and it lines up perfectly.

Akinboboye has an incredible voice, musical creativity, great rhythm and clearly doesn’t care what anyone around him thinks. I like to belt out a number or two while I’m driving, but when another car gets close, I cover my mouth with hand nonchalantly in hopes they won’t see my lips moving. Then, as soon as they pull away, I’m at the top of my lungs again. Not Akinboboye. Through every stop light or stop sign, he never slows down, and sings his heart out while dancing in the driver’s seat.

I’m still not sure what impresses me more: his singing, this mix or his love of life and lack of concern about what other peple think. Check out the video, start passing it around and let’s make hip hopera a thing. 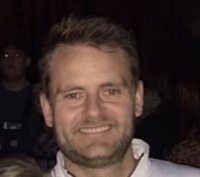