From the July 2017 issue of Acoustic Guitar | BY GREG CAHILL

Maybe it’s the glint in his eye, but you get the impression that luthier Greg Brandt has a whimsical soul. And one look at his guitar “Bubbles” confirms it. I first encountered Bubbles and Bubbles 2 last year at the Santa Barbara Acoustic Instrument Celebration. The story behind these guitars is that Brandt, who specializes in handmade nylon-string guitars, and his then-apprentice, Chace Miller, had a little extra time on their hands while working in Brandt’s North Hollywood studio and preparing Miller for her introduction to steel-string building.

“We started looking at what steel-string makers were doing,” the affable Brandt recalls. “It was always clear that steel-string makers had a wider wood and decorative palette and that I always felt I needed to toe the line in dealing with classical players, who would often accept almost anything on the inside [of a custom guitar], as long as it looked like what Segovia played 70 years ago.” 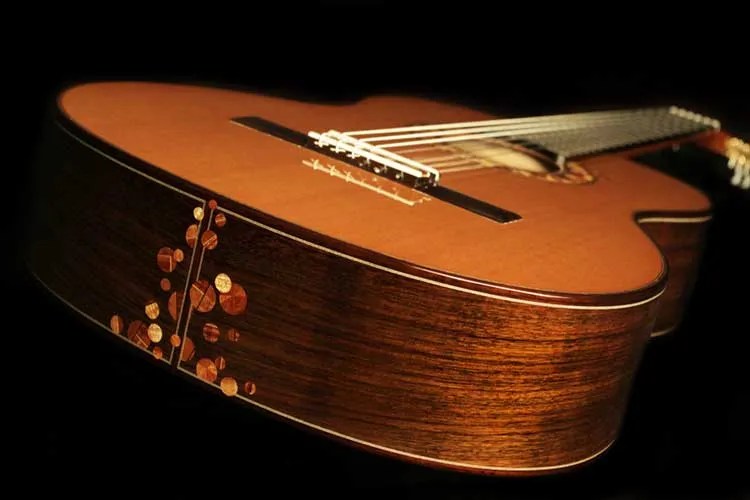 Though Brandt is a traditional maker when it comes to building a box and bracing a top, he decided to try a couple of different looking guitars for the 2015 La Guitarra California Festival just to see how they were received. Those were made from a matched set of Indian rosewood.

But the walnut (and walnut and koa) inlay transformed those guitars. One featured the “bubbles” style (named by a client) and the other a “tiles” style. Bubbles 1 and 2 featured cedar tops, Indian rosewood back and sides, Honduran mahogany necks, and ebony fingerboards.

“[The bubbles] started while making some different rosettes, deciding that I liked them, and wanting to use the design elements on other places on the guitar, including the bridge, the back, and butt.”

The project suited Brandt’s whimsical nature—he has a third Bubbles on the bench and more have been commissioned. 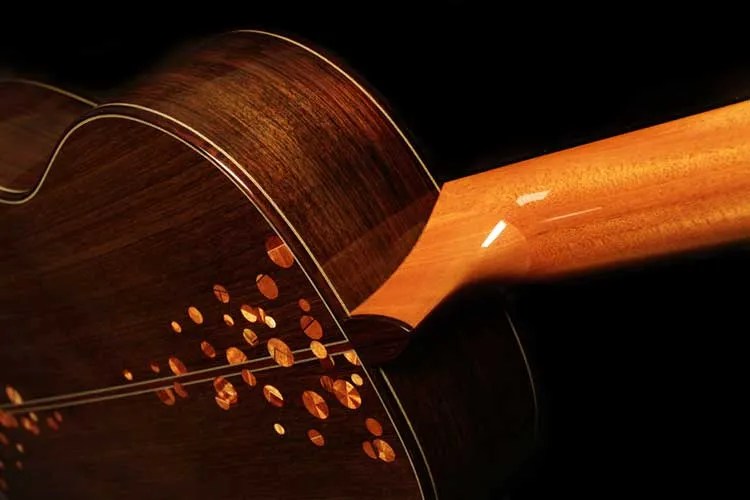 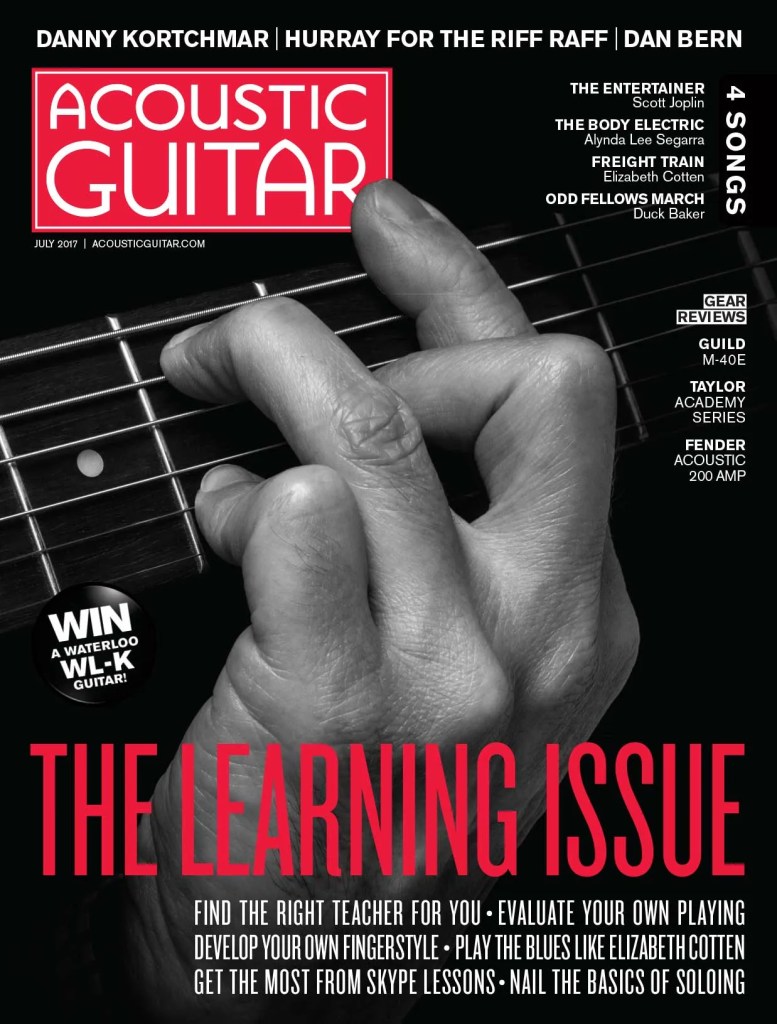 This article originally appeared in the July 2017 issue of Acoustic Guitar magazine.