Ron Wood has been a Rolling Stone for well over 40 years now, and with his previous career in the Faces, with a solo Rod Stewart, with first band the Birds, with the Jeff Beck Group and as a solo artist in his own right, he’s sure rocked around the block. Why not? He claims he’s known he was going to be pro guitar player “since I started playing, since I was four.”


He’s backed everyone from Muddy Waters to Prince to Bob Dylan, been a radio DJ, is an acclaimed painter, and generally has one of the most enviable resumes in rock history.


Ron’s like some kind of Leonard Zelig of rock’n’roll guitar. He pops up everywhere… and he always fits in. But his main gig, of course, is being a Rolling Stone.


Wood is famously affable and modest, but if pushed he admits to knowing where his talents lie: “It’s nice to be able to slot in. There’s a basic rule which runs through all kinds of music, kind of an unwritten rule… I don’t know what it is. But I’ve got it.”


Wood has said that when he saw the Stones with Brian Jones in 1964, “I was just so captured by their performance, I thought, ‘Someday, I’m gonna be in that band.’” By the mid ‘70s, Wood had already written “It’s Only Rock and Roll” with Mick Jagger, who was a friend for years. As for Wood’s actual audition, Richards recalled. “It was obvious. Everyone else up for the gig agreed. So we were lumbered with him. Still are.”


And Wood is famously a peacemaker. “Having loved the Stones all the time I was growing up, I wasn’t about to see them go and split up. It got very close to it in the ‘80s, when Mick thought that Keith hated him and vice versa.” But then again, he says collaboration is simply how he’s built. “I’m a Gemini, so I have a great time with the other guy,” and, “When I’m left on my own, I’m my own worst enemy.” 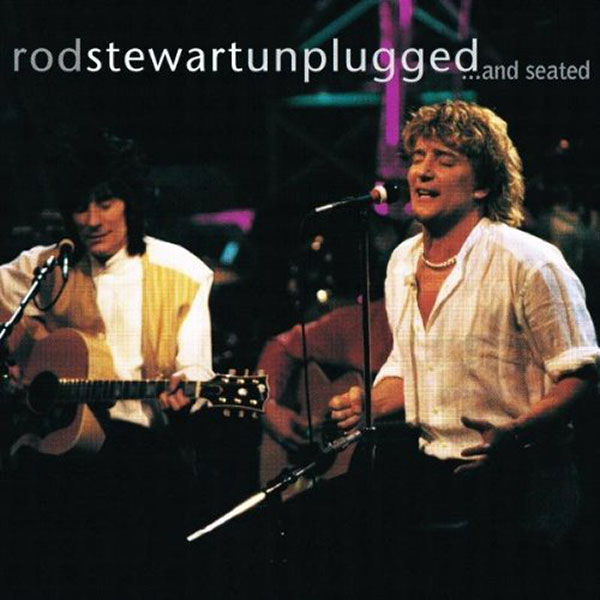 
Wood is probably the most multi-faceted musician in the Stones. He plays bass very well – that was his job in the Jeff Beck Group on the breakthrough albums Truth and Beck-Ola. Although, when he first joined Beck in 1967, Dave Ambrose was on bass with Beck and Wood on dual guitars. When Beck and Wood were on joint guitars, they were already working up songs that would appear on the legendary Truth: “You Shook Me,” “Let Me Love You,” “I Ain’t Superstitious,” and “In My Time Of Dying” (a tune later heard on Led Zeppelin’s Physical Graffiti).


But after Ambrose failed to turn up for various rehearsals and even shows, Wood switched to bass: “Some people thought, ‘Oh, you can’t go to bass, it’s an inferior instrument if you’re a guitarist,’” he later told Guitar Player, “but it’s the other way around. I’m really glad I had that training on bass, because when I went back to guitar I had a whole new viewpoint.”


That elastic bass on the Stones’ “Emotional Rescue”? It’s Wood (Bill Wyman was on synthesizer). Indeed, the whole track is based on Wood’s lines and Watts’ drums. From the same era, “Miss You” and “Dance Pt 1” also majorly relied on Ron’s guitar. The Stones were criticized by some for “going disco” at the time yet, looking back now, they were ahead of the game. “Beast Of Burden”, “Undercover of the Night”, “It’s Only Rock n Roll (But I Like It)” and “Start Me Up” are just a few other Stones classics where you’d notice if Ron wasn’t there.


He’s a very adept slide guitarist, too: if there’s slide guitar on a Stones album, it’s likely to be Ron, whether it’s lap or pedal steel. His inspiration will be the same as for many Gibson.com readers: “Duane Allman. When I heard him play on [1969’s] ‘The Weight’ by Aretha Franklin. I was playing bass with the Jeff Beck Group, and when that folded I immediately went into slide. Picked it right up. I’d never really played it before. I just did it. I learned that very quickly, and the harmonica as well – blow and bend like Jimmy Reed.”


It’s true, though, that in the Stones he’s a “colorist” rather than a grandstanding soloist. (And anyways, if you think the Stones are a “guitar solos” band, you’ve rather missed the point.) But Wood’s solo albums are impressively strong – even when packed with guests – and we’d advise you give I Feel Like Playing (2012) a listen. Even if you think Ron’s a chancer, its got Slash and Billy Gibbons on it! He’s got that “ancient form of weaving” thing (Richards’ description) going on, no matter who he’s playing with. Many fans have observed how, on recent Stones tours and shows (see the Havana Moon DVD), Wood’s playing is streets ahead of what it once was.


Wood himself says of his relationship with Richards: “Rather than talk too much, we play at each other and that’s our conversation. I mean we do have some funny intermissions, but that’s how we converse really, with playing [guitar]. I quite miss that when he’s not around.”


As for the Faces in general, Wood co-wrote some of their best songs including “Stay With Me”, “Cindy Incidentally”, and “Ooh La La” (on which he also sang lead vocals).


In his enviable stash of vintage guitars and basses (numbering well over 150), he’s usually associated with two Gibson models.


He’s played Gibson J-200s for seemingly ever, and got his own signature (with Everly Brothers-style double-pickguard) in 1997. With its flamed maple back and sides, it’s a beauty but super-rare: only 100 were made. Still, if you subscribe to Wood’s social media, when he does upload a few twinkling solo licks, he’ll usually be playing one of his Gibson J-200s.

In the ‘70s and ‘80s, he was also fond of the Gibson L5 (as was Richards) and Ron recently had his own, updated signature model. It still has an all-maple body (2-piece top, 3-piece middle, 2-piece back) but now there is weight relief. Pickups are Burstbucker 1 (neck) and Burstbucker 2 (bridge), colored by just two master volume and tone controls.


The maple/walnut neck and ebony ‘board are of 25 ½-inch scale and carved to Wood’s own preference. The Gibson Ron Wood L-5S was a limited run of 300, with the first 50 hand-signed by Woody. Again, they’re going to be hard to find now.


Wood also owns a beautiful 1948 hollowbody jazz-style L-5, which is what he always plays to warm-up in the Stones’ pre-gig “tuning room.” Interestingly, Richards also reaches for a vintage Gibson, an ES-350 (see Lisa S Johnson’s superb photo-book 108 Rock Star Guitars for these rare Stones Gibsons that are never played on stage).


He’s also got the “usual” cache of millionaire vintage Gibsons, of course: an original sunburst Les Paul, ‘60s SGs (used a lot in his early recordings), an early ‘60s Firebird V, a rare -70s S1, and few 335s and Juniors, which he regularly plays live.


Here’s Ron at Gibson London launching his signature L5-S. As with Wood joining the Stones, it took him a while… but he got there in the end.