The Pink Floyd: Their Mortal Remains exhibition at the Victoria & Albert Museum in London is a sensation of the summer. It comes complete with 1960s telephone boxes, a Bridget Riley-style walkway with swirling psychedelic, optical illusion black and white stripes, and a magical headset that tunes into different sounds and tunes as you walk around the galleries.

One of the surprises is the close connection that Pink Floyd had from early years to classical music and ballet.

The music and lyrics have a complex, restless energy, and when the celebrated French choreographer Roland Petit was given an album by his young daughter in the early 1970s, he knew immediately it would be perfect for a ballet.

Not just any ballet, but the very first 1972 performance by the newly formed company Ballet Nationale de Marseille, of which he was the first director.

The original idea was apparently to do a version of Marcel Proust’s In Search of Lost Time, but none of the band members could finish the book. Then they thought of doing A Thousand and One Nights and nobody could quite get that started either.

Then Petit decided to use music they had already written; and that created a classic, known as The Pink Floyd Ballet, which has been performed and revived many times through the decades.

It was not the first time that rock music had been used to inspire ballet, but it was one of the most evocative, and has inspired many choreographers since then to look at contemporary music for new ballet works.

Lisa Fischer is probably one of the most famous singers that not many people have heard of. She’s been a key backup singer for Sting, Tina Turner and Luther Vandross and, in nearly 30 years of touring with The Rolling Stones, she’s done many duets with Mick Jagger live onstage. The Guardian commented that this was a moment when “Jagger, for all his grandiose stage swagger, is briefly, but undeniably, upstaged”.

Fischer can sing soul, jazz, rock, classical, pop and folk music and “often mixes styles in the same song, sometimes in the same vocal line”, according to an appreciative reviewer.

This ability to turn on a note is perhaps one of the reasons the San Francisco-based choreographer Alonzo King invited Fischer in 2015 to collaborate on his ballet company LINES’ new dance work which would later be called The Propelled Heart. The piece premiers in Hong Kong in September.

“Lisa Fischer is a brilliant artist with a fully throbbing heart and expansive mind. She is an inspiration of sound, body, and being,” King says.

Another world-renowned contemporary dance company that is using rock music as its inspiration in a tour this year is the Nederlands Dans Theater 1, which is touring Brazil and China – including Hong Kong in November. One of the works, Woke Up Blind, created by Marco Goecke, is performed to two love songs by American musician Jeff Buckley, who drowned accidentally in 1997 at the age of 31, and is still revered as a cult, tragic, talented figure. 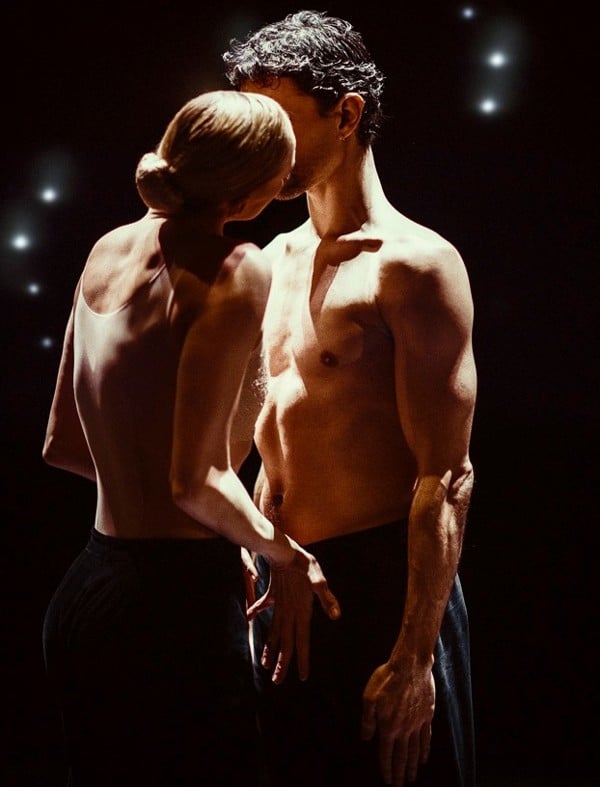 One song is slow and meditative; the other is hectic and frenetic, and the combination leads to a work where the dancers, in their agitation and strength and physicality, explore the astonishment as well as hopelessness and hopefulness of young love.

Unlikely couplings between dance forms and rock music can come from the other side as well. In 2010, the rapper Kanye West produced a video called “Runaway”. It was filmed in the Czech Republic with ballet dancers in black tutus against a green warehouse background, looking like fragile blackbirds in an urban world. He stands on a white piano in black tie and white jacket, while diners raise their glasses at a long table.

The delicate, almost perplexed dance choreography belies the lyrics, which are full of mockery, and very little delicacy.

It has been watched more than 40 million times, and could therefore be one of the best-known ballets in the world, thanks in part to this extraordinary combination of ballet and contemporary music.