Stephen Stills, best known for performing in the Rock and Roll Hall of Fame group Crosby, Stills and Nash, has been listed as No. 28 of Rolling Stone Magazine’s “100 Greatest Guitarists of All Time.” His 60’s and 70’s hits included “For What It’s Worth” and “Love The One You’re With.”

Judy Collins’ chart-topping hits “Both Sides, Now” and “Send in the Clowns” earned her a Grammy Award, but the brightest feature of Judy’s career…her piercing blue eyes. “Judy’s blue eyes. Oh! Incredible,” said Lenny Klein, Endicott resident. Apparently, Collins’ eyes were so en-capturing Stephen Stills, along with Crosby and Nash, created the song “Suite: Judy Blue Eyes” to immortalize his love for her.

Although Stills’ and Collins’ relationship lasted roughly 2 years, during that time the two music legends paired together, releasing multiple songs that the nation adored. Taking a half-century long hiatus, the two music stars have once again reunited for a “Stills and Collins” tour.

Covering songs by Bob Dylan (“Girl From the North Country”), Leonard Cohen (“Everybody Knows”), the Traveling Wilburys (“Handle With Care”), and many others…the duo contributed a new song for their hundreds of fans in attendance, “River of Gold,” off of their new self-titled collaboration album “Stills and Collins”. A first for the pair, bringing people from miles away to witness this enduring friendship. “I think it’s wonderful that connection is still there and they can still be friends after this long of time,” said Louise Hoffmanbroach, Savannah, NY.

Although this tour of Stephen Stills and Judy Collins is a welcomed reunion of talent, for many people in attendance of tonight’s concert, it’s a chance for others to relive the moments of their past and remember how both artists have touched their fan’s lives. “When I was young I moved to Manhattan. I would go to the top of the Brownstone, Judy Collins lived nearby. She would open her windows on the 10th floor and you would hear her playing the piano and singing over the West-side of Manhattan. It was absolutely enchanting,” said Laura Van Wormer, Connecticut resident. “I know Stephen a little bit. It’s all about the music for him,” said Louise Hoffmanbroach. 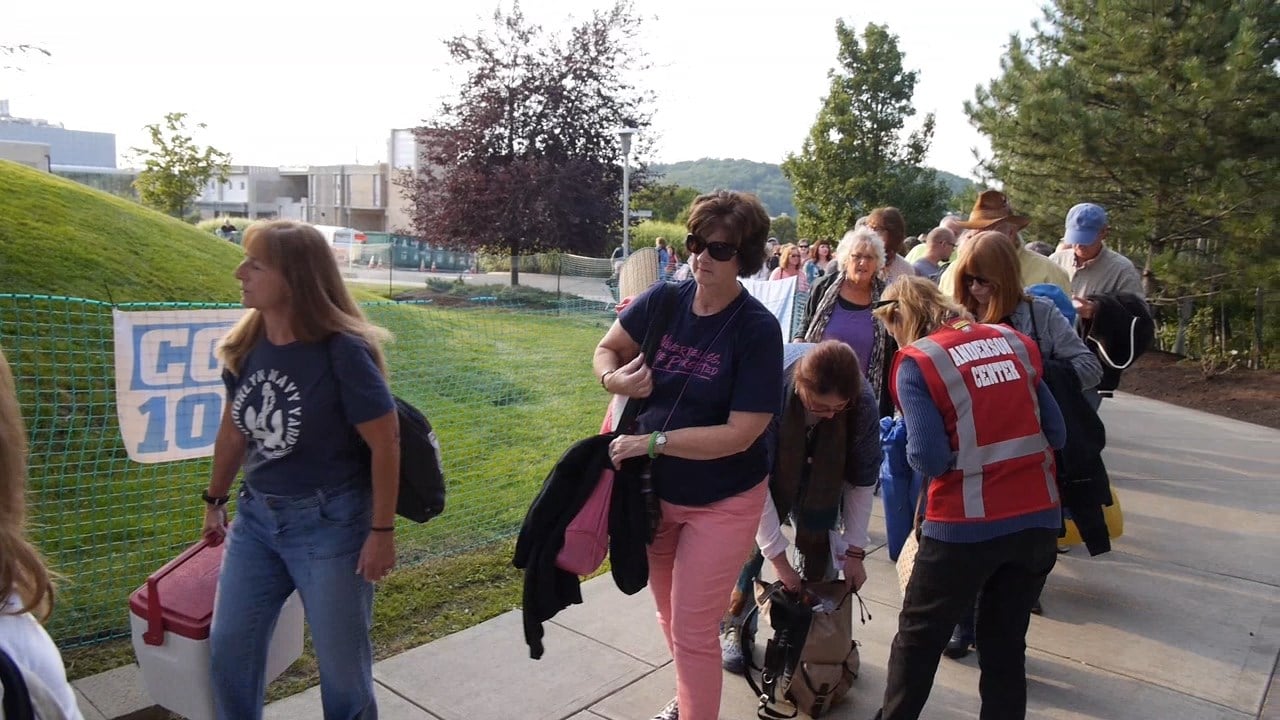 For what its worth, fans of Stills and Collins can expect more music on the horizon. For a full list of Stills and Judy’s tour schedule and to purchase their new album, click here to visit their website.