Mr. Andriy Vasylenko presented an interesting clip in which he showcased 5 things in which Megadeth is superior to Metallica in his humble opinion.

You can check out the highlights below, watch the embedded video for the whole thing.

1. ‘Youthanasia’ instruments were recorded at once

“The band played simultaneously and all of that was being taped except for vocals and some extra guitar.”

“The four horsemen only greet fans in their mother tongue, the ginger motherfucker went further – French is his second language.”

3. Going back to the roots

“When did Metallica go back to the roots? Megadeth – their first attempt was in 2001, they did it much earlier than Metallica.”

“It’s an arguable victory, but the album artworks – I give preference to Megadeth. Dave came up with Vic Rattlehead, who appears on almost every album.” 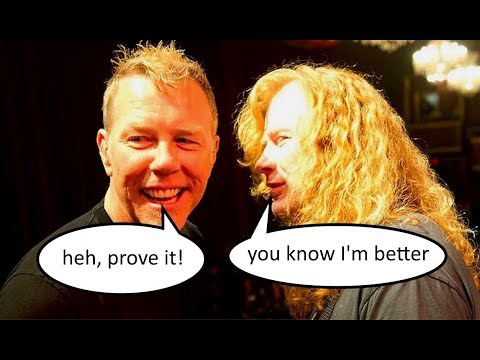