In a recent article, we examined five commonly misunderstood guitar gear concepts in order to shed light on and clarify a few stubborn myths. Today we’re looking at some of the terms and turns of phrase that make a gear lovers’ hearts go pitter–pat. The way some gear collectors and aficionados talk about vintage guitars and hand–wired amps, you’d think certain terms were first found in the Dead Sea Scrolls.

Buzzwords like “goldtop” and “plexi” appear all over forum posts, Facebook threads, and Reverb listings, but the more casual gear lovers amongst us may only have a shady idea of what they really mean.

After all, is that Marshall reissue with “plexi” in the name really a plexi? Wouldn’t it make sense that all Gibson Les Pauls with gold finishes are Goldtops?

To help the average player better understand some of those little bits of gear jargon spoken in hushed tones — and better decipher Reverb listings — we wanted to set the record straight on some commonly misunderstood and misused buzzwords.

Upon agreeing to endorse Gibson’s first solidbody electric prior to its release in 1952, guitarist Les Paul suggested that Gibson give it a gold paint job. That gold finish became iconic, and nowadays, a gilded Les Paul from the ’50s can bring a vintage buyer to their knees.

The term Goldtop refers to standard Les Pauls made during the model’s first run, from 1952 to 1958. All of the standards featured the gold finish on the top, with mahogany exposed on the rest of the guitar. A few rare models from that early period were painted gold all over, including on the backs of the neck and headstock.

With a carved top, glued–on neck, and inlaid rosewood fingerboard, Gibson was jockeying to show a superior aesthetic sensibility to its main mass–produced solidbody competitor, Fender. With that said, the Les Paul’s design was updated almost every year of its initial run.

For instance, the earliest Goldtops featured single–coil P90 pickups with adjustable pole pieces and were replaced with PAF humbuckers toward the end of the run. Similarly, the 1952 Les Pauls had the tailpiece connected to the bridge as part of a single trapezoidal piece. That would be scrapped the following year.

In 1958, the Goldtop was replaced by standard Les Pauls with a more coveted sunburst finish — referred to these days as Bursts. These are considered the perfection of the Les Paul design, produced until Gibson replaced the Les Paul with the SG in 1960.

Gibson has periodically reissued that glorious gold finish over the years, beginning with a run in 1968. But those original Goldtops retain their mythic status, fetching anywhere from $8,000 to $85,000 on Reverb, depending on the year of production.

An overdrive is considered transparent when the effect doesn’t color or obscure the natural tone of your guitar or amp.

Despite a current wave of popularity, the transparent overdrive isn’t really anything new. It’s a fashionable rebranding of an effect that’s already been around for a while, like La Croix for sparkling water or sliders for good old cheeseburgers.

The term has overtaken the market like some miracle product that will fix your tone problems or take your tone to a new level. All it means is that your original tone is not altered.” – Colt Westbrook, Walrus Audio

As told by Walrus Audio president Colt Westbrook, “The term has overtaken the market like some miracle product that will fix your tone problems or take your tone to a new level.” He says that while many assume that transparent overdrive equates to a low gain pedal, “all it means is that your original tone is not altered.”

“It’s a great effect and it’s some people’s cup of tea, but it doesn’t have to be everybody’s.”

The term pre–CBS refers the period in Fender’s history when it was run by Leo Fender. The instruments made up until 1965 are considered the company’s finest. That was the year that Leo sold the company to CBS for a pretty penny.

To a former radio repairman with no personal history playing guitar, a $13 million cash deal must have sounded pretty alluring. Theoretically, the corporate acquisition promised an influx of resources that could propel the instrument company to new heights.

But it wasn’t to be. Cost–cutting measures and design changes championed by CBS led to a 20–year phase from 1965 to 1985 marked by diminished workmanship, cheap parts, and little innovation. Of course, two decades is too broad of a period for making generalizations, but collectors are typically wary of build quality from that CBS era. 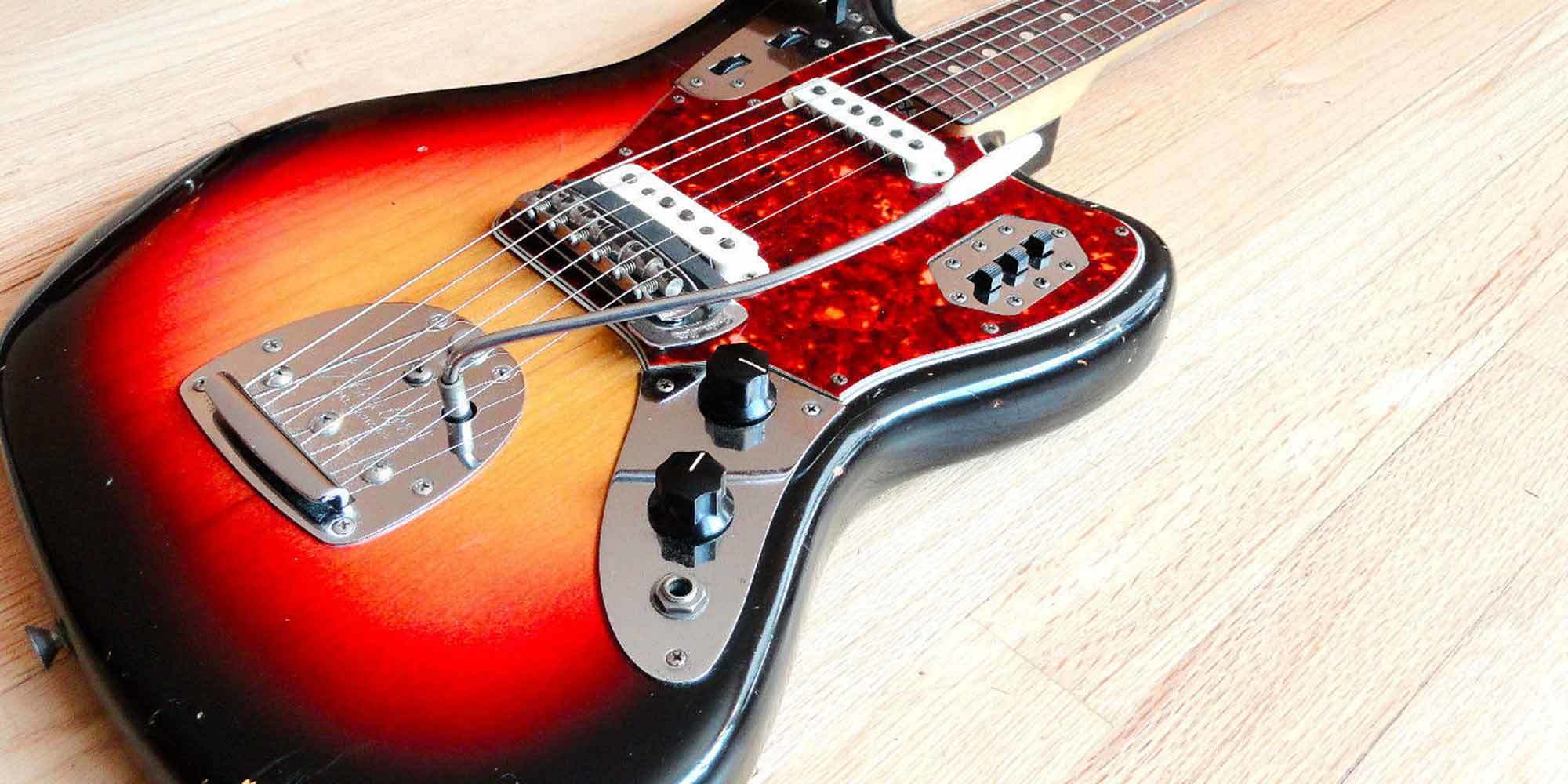 By contrast, the pre–CBS years are recognized as Fender’s golden age. The quality alongside the vintage appeal means that guitars and basses built between 1950 and mid–1964 are broadly considered the most desirable and valuable of Fender’s lot, even after Fender broke off from CBS in 1985.

While a fair amount of vintage worship results in older being synonymous with better — an assumption that can prove disappointing when buying that bargain of a Japanese guitar from the ‘60s — a well–preserved pre–CBS Fender will likely play like a dream and sit as the crown jewel of your guitar collection.

By the strictest definition, point–to–point wiring (PTP for short) describes an amplifier circuit where all of the connections are directly handwired. Rather than connecting components by wire or circuit board, the lead of one component — a jack, a capacitor, a volume control — is joined immediately to the next. 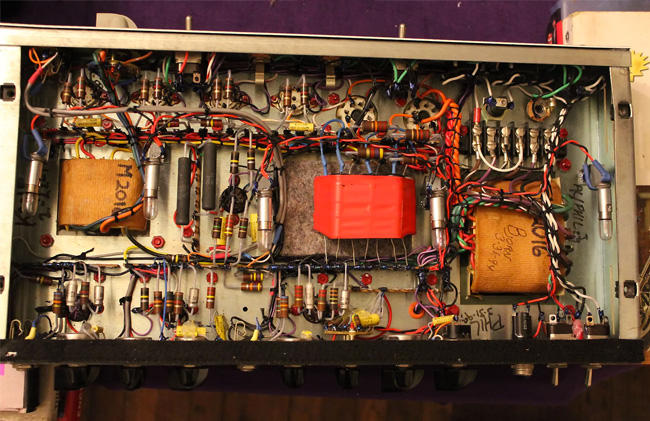 The definition extends a little more loosely (and more commonly) to amps that use eyelet boards, where metal terminals are mounted to a fiberboard.

On those, circuit components like capacitors and resistors are soldered between the terminals, and wire connections are made from the terminals to other amp components, like tube sockets and transformers.

Proponents of PTP feel there’s a tonal advantage to limiting wire connections and keeping the circuit as short as possible. Since there is some flexibility in what “point–to–point” refers to, it’s worth noting that this may not always be the case, even if it is true in some circumstances.

PTP is contrasted with amps that use printed circuit boards, or PCBs for short. PCBs are favored for being more stable, easier to repair than PTP, and reliably replicable in production. On a PCB, copper pathways carry signals between componentry. In modern production, those components are often connected to the PCB by machine.

While I have great respect for those who build point–to–point, some more complex designs simply cannot be executed easily, if at all, and certainly not cost effectively without a PC board.” – Andy Fuchs, Fuchs Audio Technology

In the opinion of Fuchs Audio Technology amp designer Andy Fuchs, both PTP and PCB designs can be “acceptable means of making a reliable and good–sounding electronic product.”

He explains, “While I have great respect for those who build point–to–point, some more complex designs simply cannot be executed easily, if at all, and certainly not cost effectively without a PC board.”

He notes that since PCBs are designed with software than can dial–in accuracy down to ten–thousandths of an inch, PCBS allow “for a consistency unmatched in point–to–point wired amps.” With that said, many feel the magic of PTP circuits lies in exactly that inexactitude.

Back in 1965, Marshall released a line of 50– and 100–watt amp heads designed for intense overdrive. These are the amps people are referring to when they use the term Plexi, since the amps featured gold–colored acrylic glass on the control panel.

This wasn’t actually Plexiglass–brand acrylic, but a similar product called Perspex, which led some folks to refer to it as Perplexi. Marshall enjoyed explosive growth on the heels of the new design, and Marshall Plexis would come to be associated with players like Jimi Hendrix, Ritchie Blackmore, Pete Townshend, and Jimmy Page.

Granted, Plexi doesn’t refer to just any amp using that acrylic material. Marshall used Perspex on the logo plates, control panels, and back panels of a number of different amp models of the era, including 45– and 20–watt builds. Perspex panels were occasionally trotted back out over the years and used on Marshalls as late as the 1990s. These are not Plexis.

The stuff of legend are those 50– and 100–watt Marshall heads with Plexi control panels made between 1965 and July of 1969. Those are the true blue Plexis. 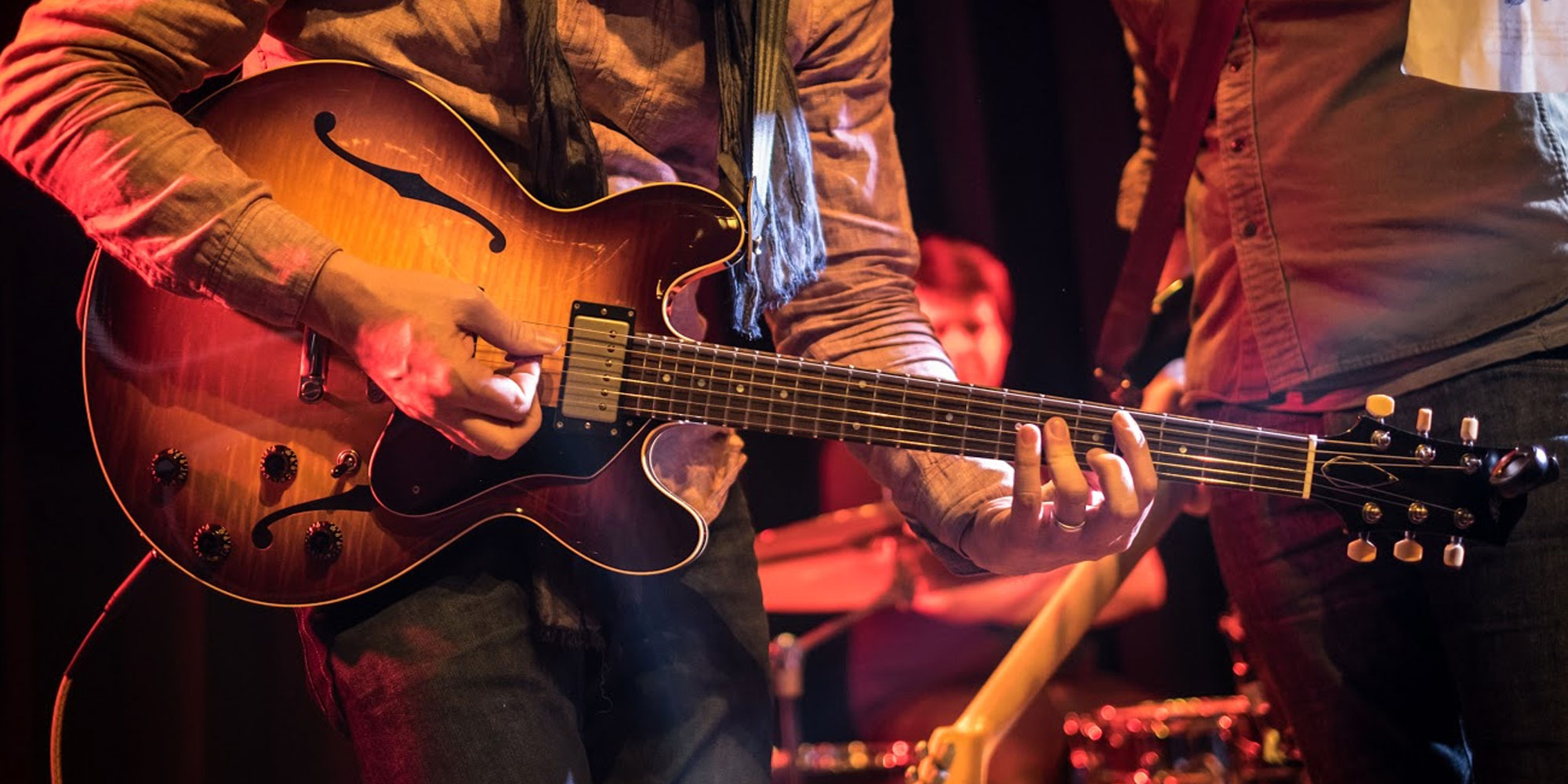