From the November 2017 issue of Acoustic Guitar | BY GREG OLWELL

Though little known in the steel-string world, the guitars of Santos Hernández (1873–1943) are among the most collectible anywhere. In subtle but important ways, Hernández influenced many builders by altering Torres’ ideas, including slanting the interior’s harmonic bar downward to brighten the sound and positioning the fan braces more parallel to the top’s wood grain for greater treble response.

Hernández trained with several makers before landing a job in the workshop of Manuel Ramírez, a nest that launched some of the finest builders of the 20th century. During Hernández’s 20-year career at the Madrid shop, he rose to chief craftsman and built the Ramírez-labeled guitar that Andrés Segovia played from 1912 until he switched to a Hermann Hauser in 1937. Hernández set up his own shop in 1916 and continued building until his death. 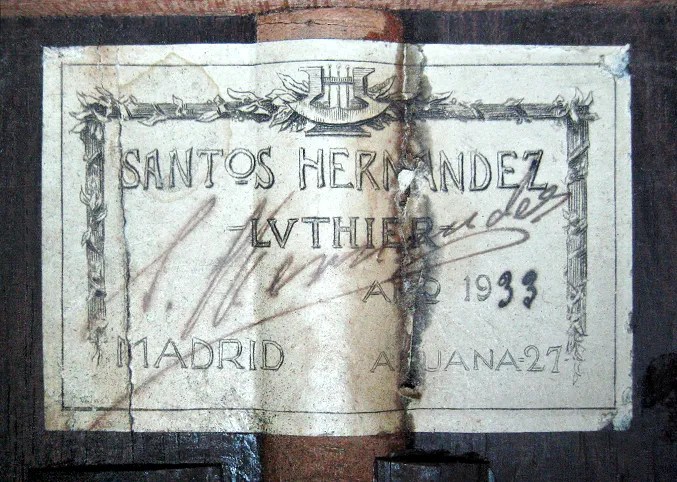 The 1933 Santos Hernández guitar seen here is one of his best-known instruments. It was featured prominently in The Classical Guitar: A Complete History (Backbeat), an essential book that tells the history of the classical and flamenco guitar. This guitar ended up in the collection of Russell Cleveland, a Dallas-based investment manager, and at press time was offered at Guitar Salon International. (Be sure to check out guitarsalon.com’s excellent video demos of the instrument being played.) The spruce- and Brazilian rosewood–bodied guitar is in excellent condition, though it has replacement tuners and likely an unoriginal bridge. While the conservative nature of classical guitar design often makes identification difficult for non-experts, the unique figuring of this instrument’s rosewood back and the gorgeous purfling and rosette make it unmistakable. 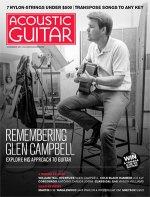